HOW DEEP can they go? 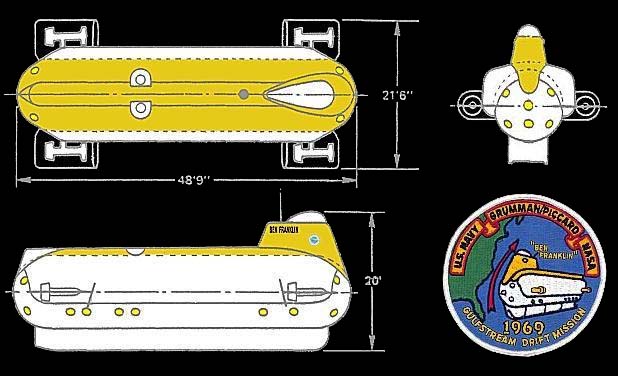 At 8:56 P.M. (EDT) July 14, 1969, Grumman Aerospace Corporation's research submarine Ben Franklin slipped beneath the surface of the Atlantic off the coast of Palm Beach, Florida.

Its mission: to investigate the secrets of the Gulf Stream as it drifted northward at depths of 600-2,000 feet; to learn the effects on man of a long-duration, closed-environment stressful voyage; to demonstrate the engineering-operational concepts of longterm submersible operation; and to conduct other scientific oceanographic studies.

This longest privately-sponsored undersea experiment of its kind ended more than 30-days and 1,444 nautical miles later, when the Franklin and its crew of six surfaced some 300 miles south of Halifax, Nova Scotia, at 7:58 A.M. August 14, 1969.
Both craft and crew were A-OK.

As they say, the rest is history.....a history that largely remains untold.